Epson has been working with Microsoft and Microsoft has released Windows Updates to correct the printing issue.

See the Operating System list and links to the updates below. For updates not listed, Microsoft is planning to release these updates over the next few days.

These updates will be downloaded and installed automatically from Windows Update.

1.  To determine which version of Windows you are running, click the Start or Windows button and type in: "winver". Version is displayed as highlighted in red in the screenshot below. 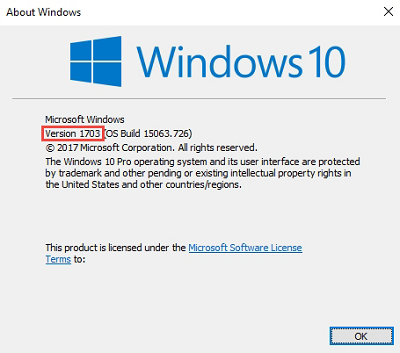 To get the standalone package for these updates, go to the Microsoft Update Catalog.

For OSes that do not currently have an available update, Epson is aware of two temporary options.

The step-by-step options are documented below.

Option 1 - Using a System Restore Point to a Version Before November 14, 2017