GO BACK TO PROJECTOR GUIDE ►

The projector position and the size of the image will depend upon your room configuration. Therefore, you will need to consider the throw distance and the projector features that will give you placement flexibility. 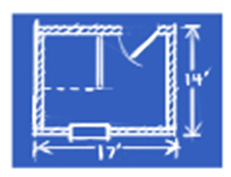 A few common throw distances are:

Long Throw: Providing very large images, this type of throw is usually from projectors that are installed in the center of the ceiling in a large room.

Short Throw: Providing large images while reducing shadows and eye glare, this type of throw is usually seen from projectors either installed on the wall or the ceiling closer to the wall — anywhere that is close to where the image will be projected. Short-throw projection generally refers to a distance between 3 to 8 feet away from projector to screen.

Ultra-Short Throw: Virtually eliminates shadows and eye glare, this type of throw is seen from projectors installed on the wall, the ceiling nearer to a wall, or a table projecting downwards. Ultra-short throw projection refers to a distance between 0 to 4 feet away from projector to screen. 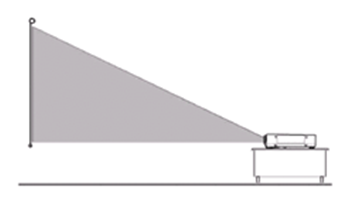